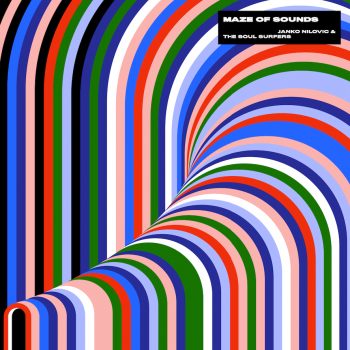 Janko Nilovic & The Soul Surfers – Maze Of Sounds
A few miles away, in their studio fired up by analog funk, the Muscovites had been put back on the Nilovic track by multi-instrumentalist Shawn Lee. A few passionate discussions later, and the desire for a joint album was already lighting up the amps, making the bass strings shiver and the drum skins tighten.
Initiated by the coming and going of scores, the collaboration finally continued in studio for a real exchange, instantly bouncing off proposals, developing ideas in a live group dynamic that distance would have made impossible. 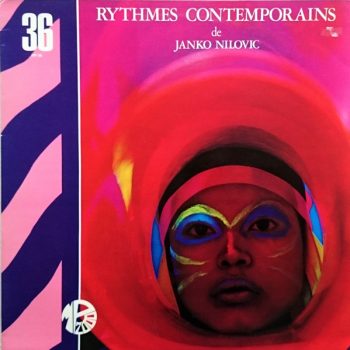 Rythmes Contemporains
Almost always working with the same musicians as André Ceccarelli, Jean Shultheis, Tony Rubio, Michel Barrot ,to name a few, one day they asked me to start a Big Band Jazz. I immediately jumped on it and wrote in very little time the pieces that appear on this record. After some rehearsals,a few concerts, we decided to record these songs. I made the choice of stand out from traditional Jazz Big Band by composing in a Jazz-Rock style . I also asked the cast of 'Hair' to sing on three pieces. Then, the director of MP 2000 noting that only 100 copies had been sold, decided to release a Library version called 'Contemporary Rhythms' I would never know why this choice of the title, with a very special cover:, a nice African, which has nothing to do with the kind of Jazz compositions! Needless to say, this record has had an international success with many American singers (Jay Z /Dr. Dre and others) who sampled some titles from this album. 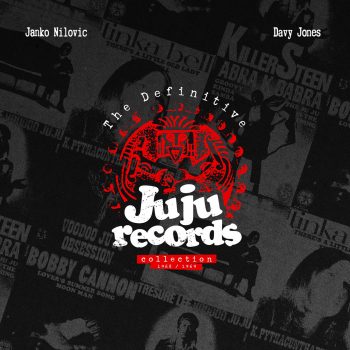 The Definitive Juju Records Collection (1968 – 1969)
I have to thank first and foremost my producer and manager Gérôme Molleton (Dipiz)
who gave me great pleasure to bring out these pieces that
were so close to my heart. Indeed, I discovered Soul Music,Funk, Groove thanks to
Davy Jones. Until then, it was the Jazz,Rock and Classics, and since then everything
has changed. 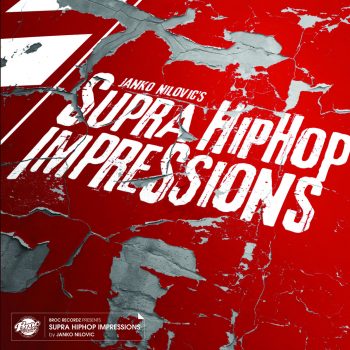 Supra Hip Hop Impressions
That's an idea! And he does not have only one, from my friend Gérôme who produced this record. It must be said that this is the first time I try this style of music and I am very happy. I will have truly done everything in my collection. Like this , if the music is good, all styles are good. A very good collaboration with Dipiz and Kofi (music). 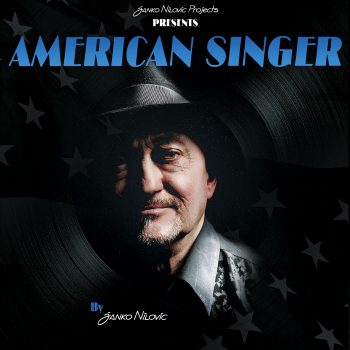 American Singer
Hi young fellows, hello old lovers, do you feel the same feeling as me on this true story ? I am talking About those marvelous singers whichs inspired me since my childhoud. Then, listen to their magnificent songs from the beginning to end. From Paris with love... Janko 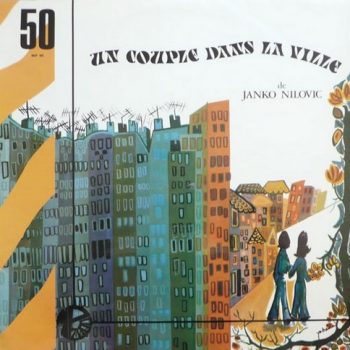 Un Couple Dans La Ville
I love this record! the idea of a couple leaving the city to take the air in the countryside and why not, settle there. Yohana, my wife made the cover (she is very proud of it).In my records, I have preferences for certain pieces and not so much for others.. But this is not the case in this record because I really like all the pieces. 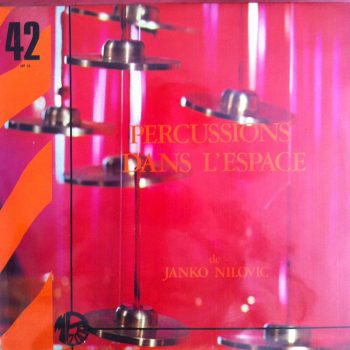 Percussions Dans L’Espace
So here... I called on the best percussionists in Paris, six musicians, who did an amazing job. I can not say that this record was a thundering success but it was a personal project that touched me a lot. I hope that people will discover this record soon. 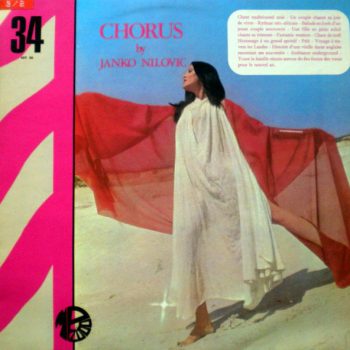 Chorus
Another record recorded with the musicians and singers of Hair. I loved what they did and they liked my music. This reciprocity shows in all the pieces on the album. The solo singer is exceptional! 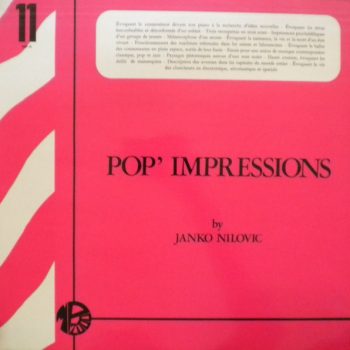 Pop’ Impressions
This is a very special record! The director of MP 2000 gave me the green light to record a Jazz / Pop / Rock ensemble including a set of chamber music. It was also a success. It must be said that the director still took risks by letting me do what I wanted! But as we say, we do not change a winning team. . Here too, some songs have been sampled. 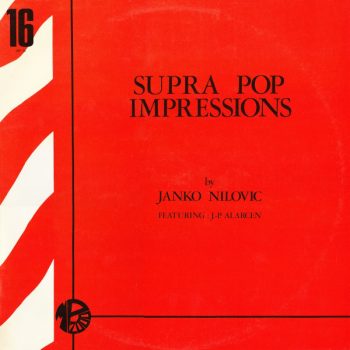 Supra Pop Impressions
I used the musicians from the cast of Hair, which I was part of as an organist and
percussionist. Everything was recorded live, as almost all my records. It’s one of the
records that I particularly like. 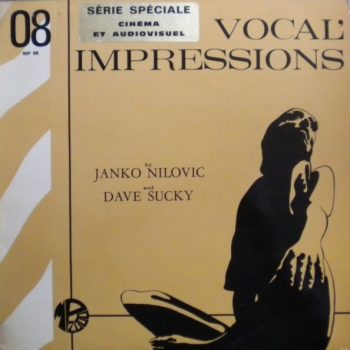 Vocal Impressions
This is my second success with MP 2000. I sang and played the guitar with my very good friend Graziella Madrigal, unfortunately I have had no news from her for a long time. The themes in this record are simple with a latino imprint. The media used several songs for call signs (RTL) or TV and radio ads. 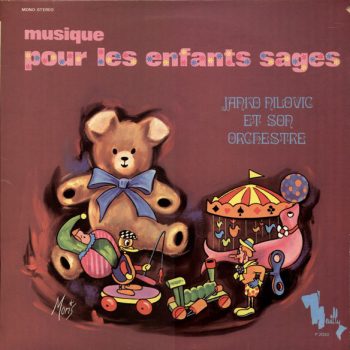 Musique Pour Les Enfants Sages
As I love children, it was my first record in the genre.I put a lot of tenderness into it It's the director of 'NEUILLY' who suggested the idea. I am very happy with the result. The first version is on 25 cm vinyl. 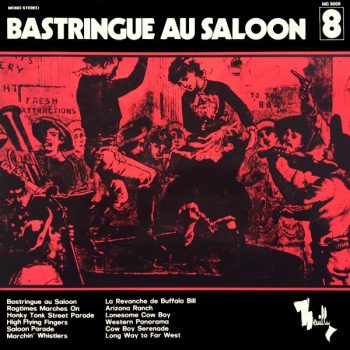 Bastringue Au Saloon
Claude Benaya, a bassist, an old friend of mine, we were very close.To make him
happy, I offered to compose and record a record with him . We had a lot of fun during
the studio sessions. I did not stop being tricksome at the piano because the bastringue
is not my style.at all! I believe that this time it was an idea of the director’s ; so I made
him happy too. 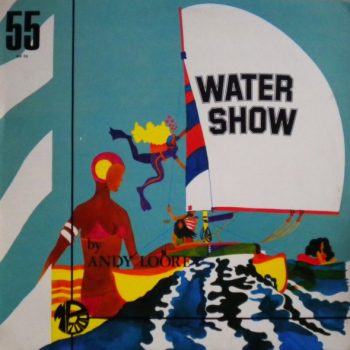 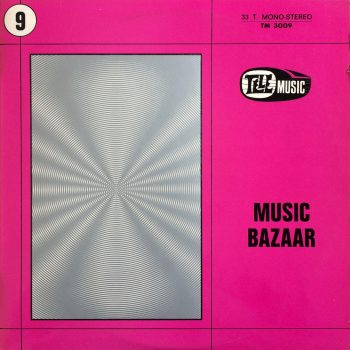 Music Bazaar
Jean-Jacques is a longterm friend. I was his accompanist pianist, in his concerts and
tours in France. The idea for 'TELE MUSIC / SFORZANDO' came to us by chance, so
we recorded this on a 25 cm vinyl record, which is I think my first in the Music
Library. Jean-Jacques hada thunderous sense of humor (just like me ); at the table we
laughed endlessly! One day, just before going back on stage, he told all the musicians
not to forget to put on our beautiful costumes. Naturally, it was a joke because the
spectators were all blind. Otherwise he said, we could have played in shorts, it was the
same. (I agree, it's mean!) 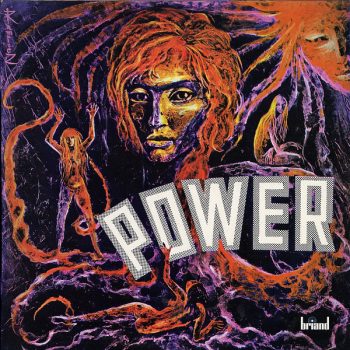 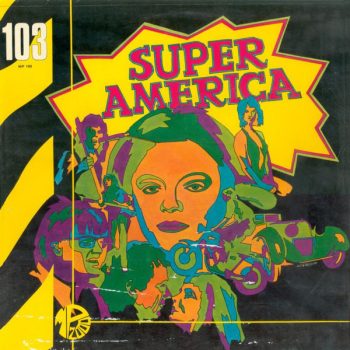 Super America
It was on the occasion of the bicentennial of the USA (1776 - 1976) that I recorded this album which had an international success. The musicians were perfect and the sound great; it gave me the idea and the crazy desire to make a record on the Africa that I love. Here too, I'll let you know. 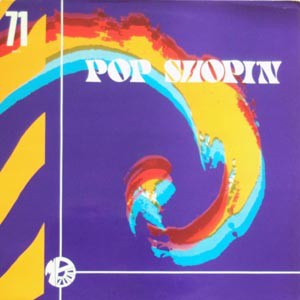 Pop Shopin
Here is a record inspired by daily tasks: shopping, ballads, sport and family. I hope this it will be appreciated some day soon. 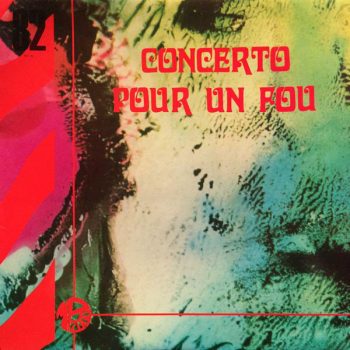 Concerto Pour Un Fou
Recording sessions at the Hoche / Barclay studio. I used for the first time the Moog
(big one!). More than an hour to install it!
On this record, I had fun while keeping my seriousness because the keyboard partition
was not caviar! I got out of it anyway.
Like Giant, it was produced for commercial reasons but as we only sold five and a
half copies, the big boss realized there and then a Library version(MP 82) which had success.in that form. 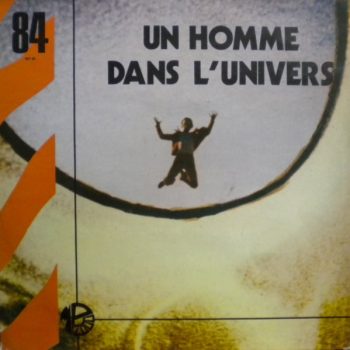 Un Homme Dans L’Univers
My Belgian friends invited me to record an album again. I had the pleasure of bringing André Ceccarelli with me who impressed the musicians! For the first time, the director of MP 2000 came with us which resulted in a meal at Paul's with a menu of Champagne, oysters. And yes, the boss always had unparalleled gourmet desires! but he is also very generous. Very good memory in the presence of Belgian musicians that I love particularly. Just a note: this disc was intended to describe musically the world events, a look at the news in sum (world conflicts - wars - revolutions - social movements -food shortages - natural disasters, etc ) 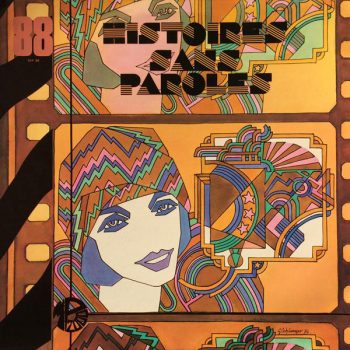 Histoires Sans Paroles
A nice collaboration with my friend Graziella. We have shared the compositions of this
record with great happiness.Let's not forget Grazie is a great pianist and singer. She
was present on the majority of my records (vocals or keyboards). 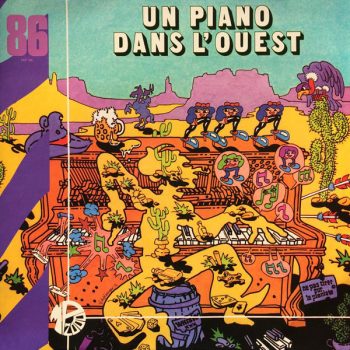 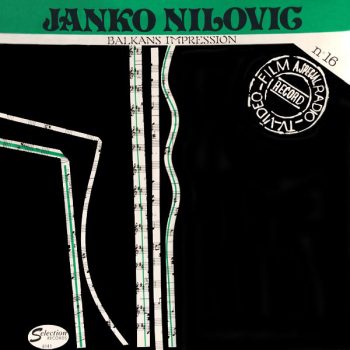 Balkans Impression
For several years Janko Nilovic has been trying to accustom us to a musical diversity and fecundity which are rather uncommon. 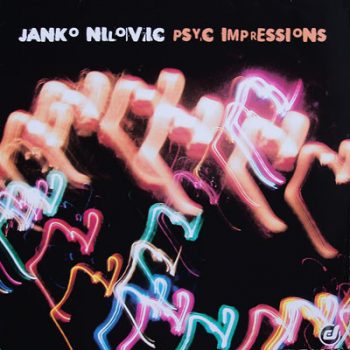 Psyc Impressions
My first record at Montparnasse 2000 (Editions & Productions). The director offered me a contract on ten records in the first place and again ten records to follow . The director gave me a free choice for the kind of music I was going to record; I chose the style « Jazz-Rock » for this first album. I did not believe it would eventually be a success, but as the days passed , a grand event changed the course of my career. I was driving my super Jaguar 3.8 liters (white) in the direction of my home in the Bois de Boulogne, and I put Europe 1 on the radio. What a great surprise: I heard the first piece on this record and suddenly a moment of panic seized me. So, I parked there and then and I head the second piece playing . A few tears of joy appeared when the whole of the record, both sides of the disc, went on the air. So far, some of my songs including one in collaboration with Michel Jonas :‘Les nuits sans lune' that were successful at the time, and others songs were playing on radios but I never imagined hearing my entire record as a composer! So suddenly, I stopped the singers' arrangements and devoted myself entirely to instrumental music 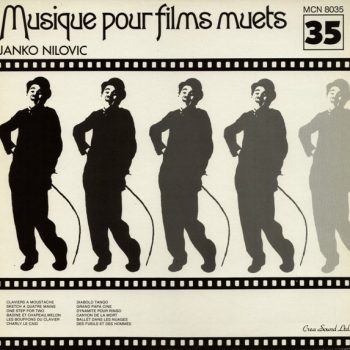 Musique Pour Films Muets
Another order from the director of 'NEUILLY'. Here too, I had a great time. I also rerecorded h a disc entitled: AU-REVOIR MONSIEUR CHAPLIN in collaboration with Billy Nencioli, for whom I made the arrangements. Parenthetically, I collaborated a lot with Billy,in songs as well as arrangements of his records. We looked so much alike that we were taken for brothers. 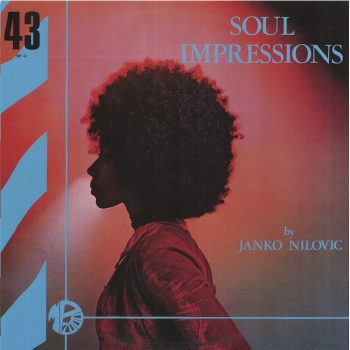 Soul Impressions
Ah ... this music, that I discovered with Davy Jones, fascinated me. After so many
years, this record has achieved great international success, especially the songs:Drug
Song and Soul Impressions. Drug Song featured in the show: Cannabis. A project is
underway for a new realization (Soul & R'nB) with my friend Dipiz(Gérôme Molleton).
We will keep you in touch with the project. 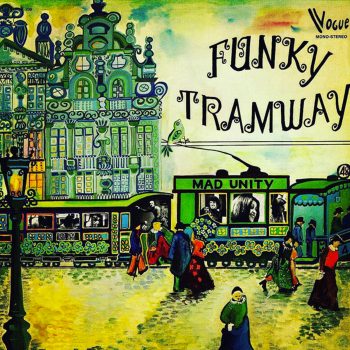 FUNKY TRAMWAY
An order from my Belgian friend. The best Brussels and Flemish musicians interpreted
this music with brilliance. This style mixes
Jazz-Rock, Rock and of course Funky. We had an unforgettable time with this group of
musicians; the beer was flowing freely!
As I wanted to direct the musicians and the sound engineer, I drank with moderation ... 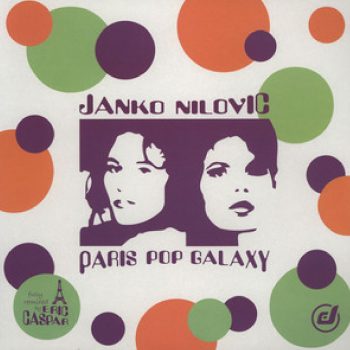