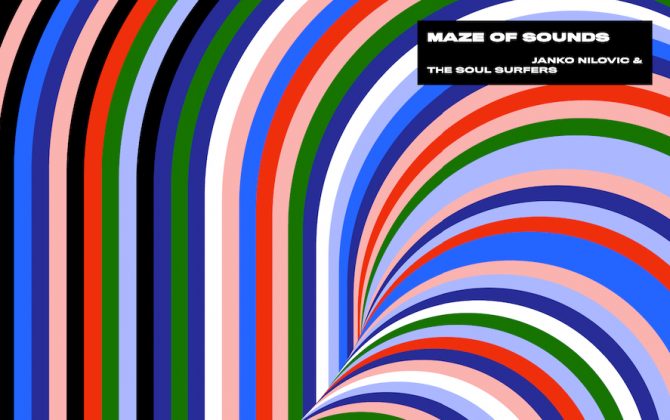 A few miles away, in their studio fired up by analog funk, the Muscovites had been put back on the Nilovic track by multi-instrumentalist Shawn Lee. A few passionate discussions later, and the desire for a joint album was already lighting up the amps, making the bass strings shiver and the drum skins tighten.
Initiated by the coming and going of scores, the collaboration finally continued in studio for a real exchange, instantly bouncing off proposals, developing ideas in a live group dynamic that distance would have made impossible.

To feel the vibrations accumulated for decades at the CBE studio (like Chatelain Bisson Estardy), a mythical place founded in 1966, in which many albums, especially library, were immortalized. A place where consoles, equipment and instruments were kept as they were, accumulating in their wiring, meters and speakers, endless hours of experimentation and recording.

A place that Janko knew well and where an old acquaintance was waiting for him. A Hammond organ with a Leslie booth whose keys he had already flattered in the past and behind which an improvisation and a single take were enough to complete the eponymous title.

Together, Janko Nilovic and The Soul Surfers have built Maze Of Sounds, a musical labyrinth paved by the master’s keyboards where the soul-funk groove of the fiery Russians is the listener’s thread, his point of reference in this maze of atmospheres and emotions, at once cinematic, nostalgic, dancing, dreamlike and contemplative.

An album where, however, nothing is compartmentalized. Where, blown by the whirlwind strung by a violin quintet, the barriers move preparing the entrance of a Slavic choir, letting a screaming guitar come and go alongside the crystalline liveliness of the Fender Rhodes, organize some rhythmic aerations at the disposal of the samplers.

A fusion between the cleverly blackened scores, between the science of precisely written arrangements and the soul-funk feel of The Soul Surfers. An album such as Janko Nilovic has been dreaming of making for years.